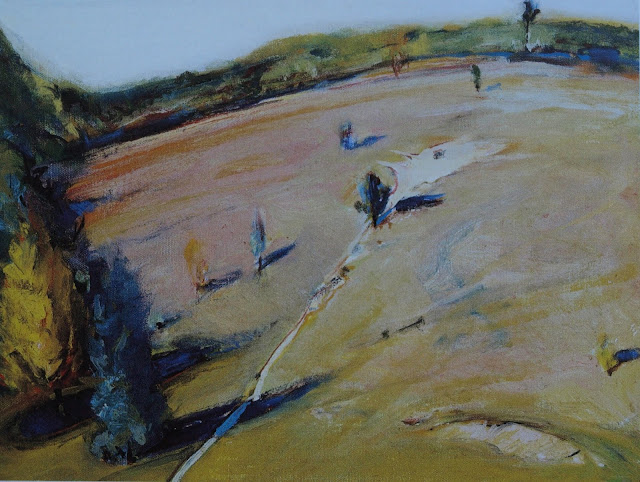 As a young, recently graduated 20-something I was among a group of painters who gathered at Mountain Lake Hotel in southwestern Virginia (site of the film, Dirty Dancing) for a workshop led by Wayne Thiebaud. Organized by my teacher at Virginia Tech, Ray Kass, we witnessed the maestro paint from the massive porch of the hotel.  I've never forgotten some of his moves on that canvas. With a round bristle brush he would touch a mound of wet cerulean blue on his palette, rotate the brush a quarter-turn and repeat the move with cadmium red,  then again with yellow. Now, touching the canvas, he proceeded to draw with that multi-colored brush, turning it this way and that to trace off the contours of his forms. It was a revelation, to say the least, and after 45 years of wrestling with my own paintings I appreciate how much information about the process of painting he was able to convey through the simple act of showing. Instead of a cooked up lecture, he confronted the problems of color and form-making in real time, narrating his thought processes and his responses to those challenges in a stream-of-consciousness flow. As the saying goes, a picture speaks a thousand words.

Demonstration is a powerful tool for teaching. Over many year of teaching all kinds of students, young and old, I have found that older students seem to appreciate demonstrations more than college students. Maybe it's because older students have had enough time to fully realize what they don't know. Or perhaps college students, so recently liberated from parental supervision, chafe at one more authority figure standing between them and their own experience of painting. My course evaluations will often have comments like, "demonstrations went on too long...;" or, my favorite, "sometimes the demos went way wrong..."  Bob Ross, I am not.

Thiebaud's "demo" was more like watching him make one of his paintings than what a class demonstration typically is. The class demonstration is more a means for showing a particular process, or technique, or how to work within the parameters of an assignment. Demonstration is a natural mnemonic device, leading into discussions of all sorts of things that you would be hard pressed to remember to say were you just sitting at a desk preparing a lecture or presentation. Come to think of it, this may be the real reason for my time-conscious students' impatience with my demonstrations.

When I was a grad student at American University and one of my teachers asked for a piece of paper on which to do a demo, I always rushed to supply it. Consequently, these impromptu visual narrations of process and thinking have remained in my hands, reminding me of the lesssons that were imparted so many years ago.


The best demos have a liveliness and freshness that intentionally finished works often lack. This is probably because most demonstrations really just show students how to get started with a particular set of concepts and tools, and  are never really "finished" in the usual sense. Over the years my flat-files and office walls have filled with demonstrations I've done for classes. Most of them are not "art" in the usual sense but occasionally these scrawls and dabs escape their utilitarian origins and say something that I enjoy listening to. I hope you will too. 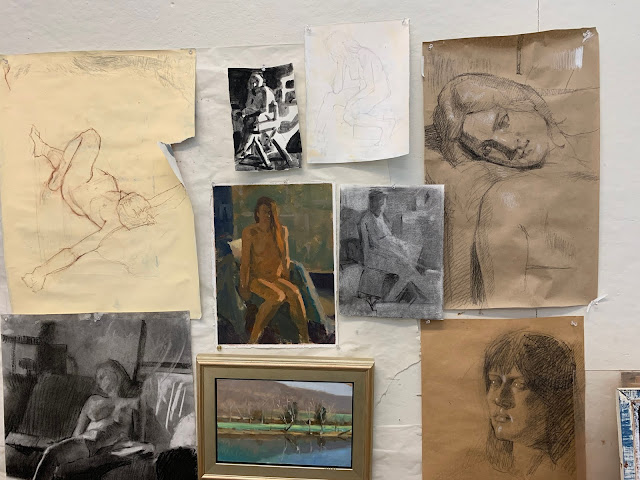 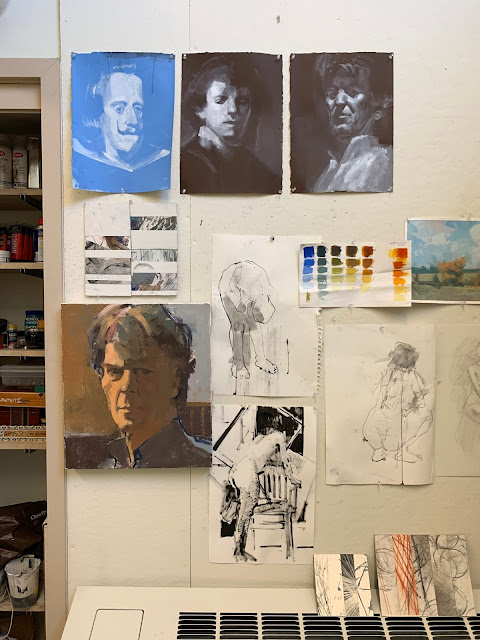 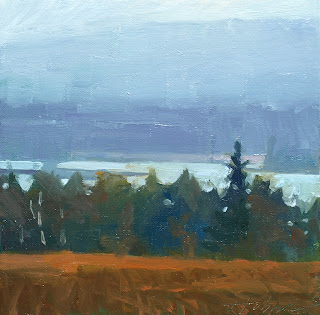 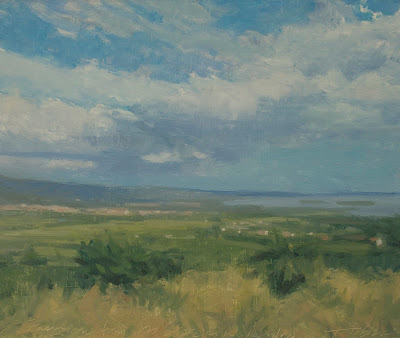